Final Friday of the Month

Our featured DJ for September will be Dan De Federicis

We spin records for the local business crowd, students, retirees and the general public from Noon to 1 PM on the last Friday of each month. Chuck “Rochmon” Vosganian spins the records and gets the conversation flowing. A playlist is selected by a different local music lover every month. Bring a brown bag lunch. Coffee and tea are provided.

The Captain Fun Listening Library occupying the north wall in the Caffè Lena lobby is comprised of 1,516 vinyl albums and several hundred CDs selected from Al’s expertly curated collection. This treasure trove of folk, blues and jazz is played daily, as Al wished. Listen to the songs as you arrive for a show, look through the records to bring back good memories, and dig deep into American roots music. 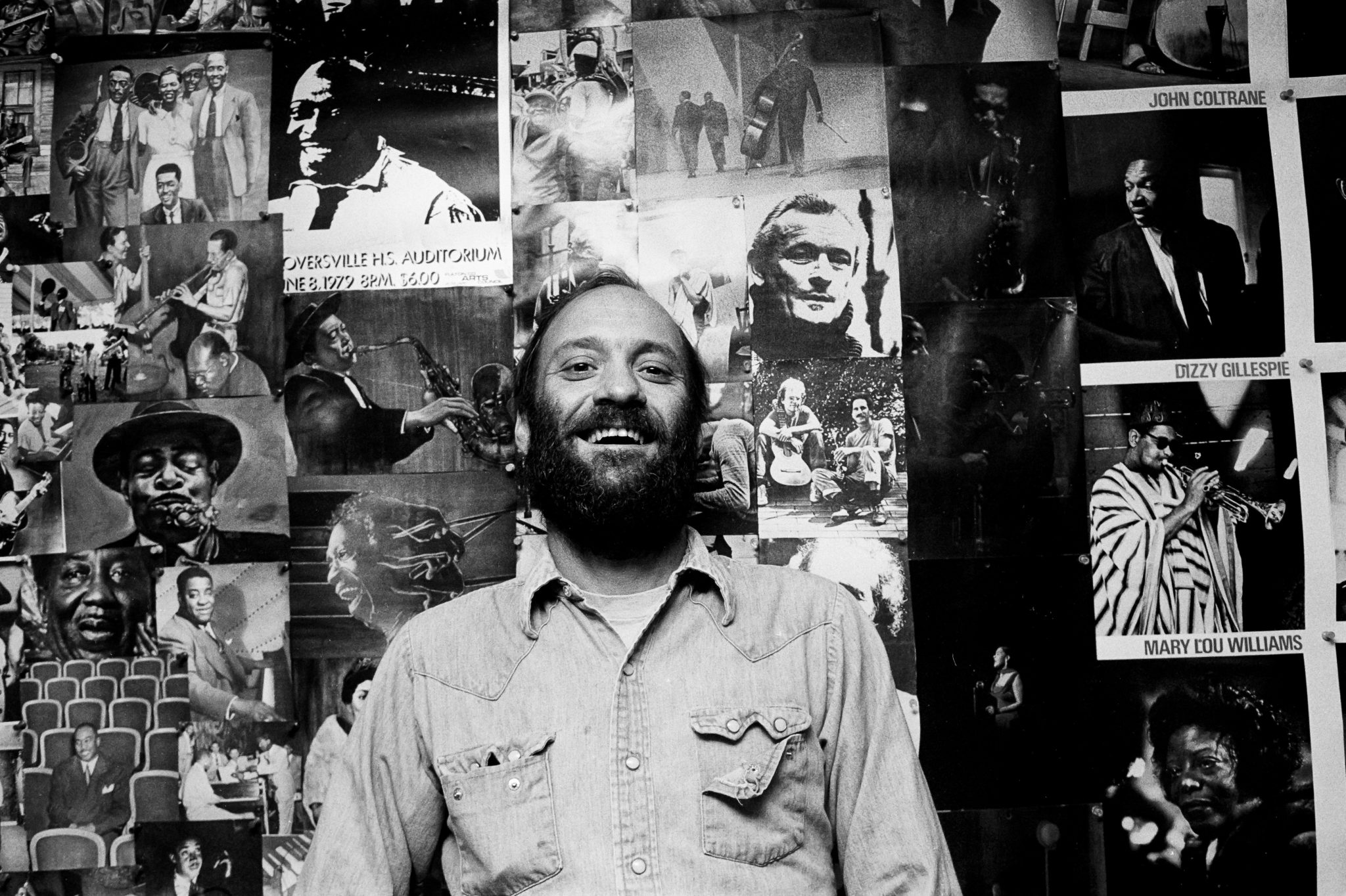 About Al McKenney & his Library

Wearing his purple beret and making daily downtown rounds to share lively chats about politics, music and books, Alan “Captain Fun” McKenney was often called the Unofficial Mayor of Saratoga Springs. Born in 1944 he passed away in 2015, leaving behind his legendary collection of music and books.

Starting in his teens Al collected records, then cassettes and CDs, along with books about music. He amassed more than 10,000 recordings and he knew and loved them all. Al arrived in Saratoga in 1971 on St. Patrick’s Day, having hitchhiked from Massachusetts to join folksingers Utah Phillips, Rosalie Sorrels, Bill Vanaver, Andy Cohen and several others in forming Wildflowers, a musicians’ booking cooperative. The group lived communally in a big apartment on Grand Avenue. The meetings were held at Caffè Lena where Lena Spencer would welcome the hungry collective with hot lasagna dinners. By 1973, Wildflowers had broken up and Al found work road-managing concert tours, first for David Bromberg and later for Boys of the Lough, Clannad, Martin Bogan and the Armstrongs, and several other prominent bands. He traveled the globe as a tour manager for the U.S. State Department’s American Music Abroad program. Al served for many years as the stage manager and emcee of the Smithsonian’s National Folk Festival, Pete Seeger’s Great Hudson River Revival, The Philadelphia Folk Festival, and the Kent State Folk Festival. Every day Al would find out which musicians were celebrating their birthdays and would give their records a spin to celebrate. He could quote liner notes from decades of jazz, folk and blues albums and he provided a first class music education to anyone who expressed an interest. It was his oft-expressed dream that his collection would become publicly available after he passed. He would be delighted to share his music with you!

We thank Franklyn Whitney for stewarding the collection until Caffè Lena could take it in; Paul O’Donnell of Celtic Treasures for providing safe temporary storage and collecting donations to support the construction of shelves; Michael Eck for selecting the albums most relevant to Caffè Lena; to Suzanne Aiardo cataloging the entire collection; and to Skidmore College Retirees Fund for underwriting the monthly Captain Fun Lunchtime Listening Hour.