Since 1990, Mona Golub has presented award-winning global concerts to adventurous and appreciative audiences on the Agnes S. Macdonald Music Haven stage in the heart of Central Park in Schenectady, NY. In their 29th season of free concerts, Music Haven has expanded their roster and embarked on a number of collaborative partnerships with organizations across the region. On July 19th, Caffe Lena will be bringing our good folk to the Music Haven Stage in downtown Schenectady with a top-notch bluegrass show featuring Mile Twelve and opener Honeysuckle.

Mile Twelve first played at Caffe Lena this past winter as a part of our Bright New Music Series and blew away our sold out audience. Tonight they will have the chance to play their topnotch bluegrass music where it was meant to be played: outdoors on a summer evening. 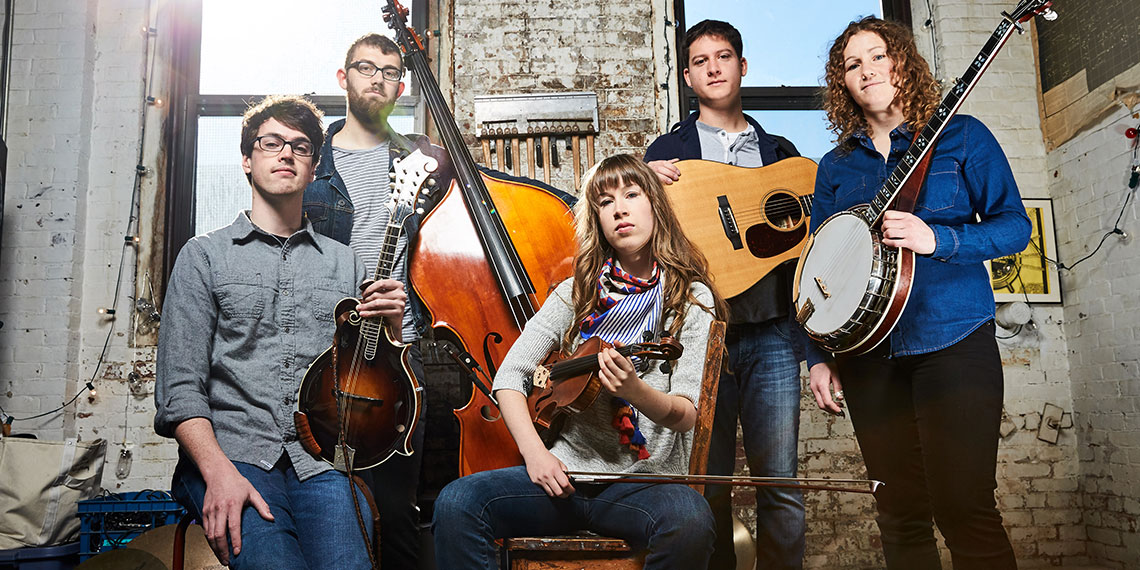 Honeysuckle is a progressive folk act that blends older influences and traditional instrumentation with modern effects and inspiration. Comprised of Holly McGarry, Benjamin Burns, and Chris Bloniarz, this Boston based band can frequently be found performing across the country, playing alongside bands like The Ballroom Thieves, The David Grisman Sextet, Boy & Bear, Sam Moss, The Western Den, The Novel Ideas, Shook Twins, John Craigie, Damn Tall Buildings and others.

Honeysuckle has performed at Newport Folk Festival, Lollapalooza and CMJ, was chosen as a Converse Rubber Tracks artist, and has been nominated for Best Folk Artist of the Year, and Best Americana Artist of the Year three years in a row at the annual Boston Music Awards. They were also put in the Top 10 bands of 2016 So Far list compiled by NPR.